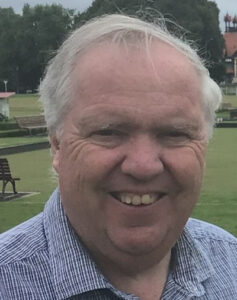 I was born in Rotorua and educated at Glenholme and Otonga Primary, Rotorua Intermediate, and Western Heights High. After five years in banking, I was director and MD of Gould Photographics for 36 years. I represented New Zealand overseas in photography.

I have been a JP for 24 years and in Rotary for 36. I have also served on the Rotorua Chamber of Commerce Board for four years and on the Business Advisory Committee of Waiariki Polytechnic.

I helped the late Mita Mohi with his course on Mokoia Island and campaigned for RDRR candidates in 2016 and 2019.

I sought the endorsement of RDRR to serve on the Bay of Plenty Regional Council as one of two Rotorua’s representatives. RDRR’s endorsement could make the difference.

I support the cleanup of Rotorua’s lakes, improving clean air for residents and better pest control, such as carp and wallabies.

I would like the Regional Council to improve its relationships with Rotorua’s farming community and the District Council. One example is the compliance costs to farmers. Another is the court case between the councils over leachate from Rotorua’s landfill that cost ratepayers over a million dollars.

I believe that the different areas of the Bay have different issues and needs, and that regional councillors must work as a team for the best interests of ratepayers.

Thanking you for your support.